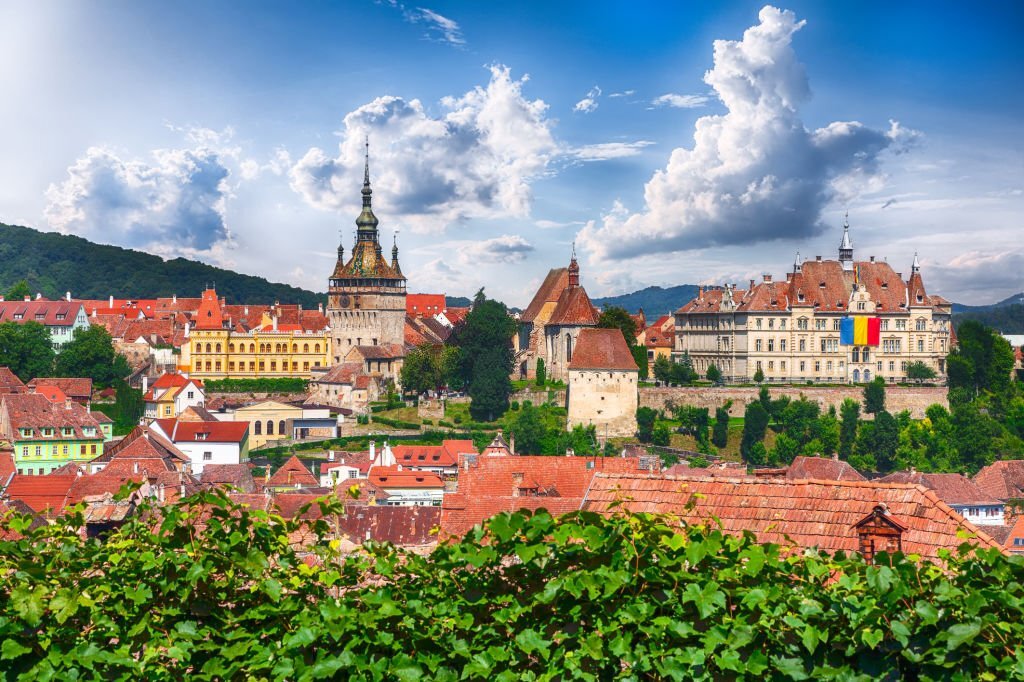 Romania is one of the most beautiful countries in Europe, bordered by Hungary to the west, Bulgaria to the south, Moldova to the east, Ukraine to the north, Serbia to the southwest, and the Black Sea to the southeast. It is the 12th largest state in Europe and its total population is recorded as 19.3 million. The population of Romania is gradually declining. Bucharest is the capital as well as the largest city in the country. Although the official language is Romanian, about 26 languages are spoken. Romania is full of forests, and beautiful rivers, as well as picturesque mountains, surround it. Romanian women are considered to be the most beautiful and most suitable women to marry.

So here are 8 Unknown Facts about Romania.

#8. Romania Owns The Largest Parliament In The World.

This amazing building is known as the Palace of Parliament, House of the Republic, and People’s Republic. It is only second to the Pentagon in the United States. Its construction was completed in 1997 and the total construction cost was 3 billion Euros. This huge building is 240 meters long, 84 meters high, and 270 meters wide. It took over 13 years to build and more than 700 architects were involved. It has 12 floors and 1100 rooms with a large conference hall and 3 museums.

In the 1880s leaders of various countries tried to develop electric lights to illuminate their cities. At that time they used gas lamps to lighten their cities. The USA city called Wabash in Indiana became the first electrically illuminated city in the world. The Romanian city, Timisoara was the first city in Europe, which used electrical lights. It happened in 1882 and 731 lamps were used to complete the project successfully.

This village is very special due to its unique cemetery, known as Merry Cemetery. Its bright-colored paintings, tombstones, and funny stories are very popular among tourists. Sapanta’s Merry Cemetery is an amazing collection of thousands of colorful crosses. The origin of this unbelievable cemetery is linked with Stan Loan Patras, who worked as a local artist and sculpted tombstone crosses from the 1930 decades and found these artistic crosses in 1935. He used a deep blue color known as Sapanta blue with some extra colors and he believed that it reflects hope, freedom, and the sky. The Merry Cemetery became a national tourist attraction as well as announced as an open-air museum.

Romania is a catholic country and about 81% of the total population is catholic. So, there are a large number of big and beautiful churches. But the church in Sapanta is very unique because it is known as the tallest wooden church in the world. The Sapanta Pery Monastery was founded in 1997 using over 400 cubic meters of Oak wood. Its height was recorded as 78 meters and coated with over 8.4kg of melted gold. Then wrap with over 4kg of gold plates. This outstanding and impressive church was listed as a UNESCO world heritage site.

Romania is one of the premier and most beautiful tourist destinations in Europe. Over 13 million tourists visit Romania annually and bring over 5.21 billion Euro net income to the country. Corvins castle, Bran Castle, Peles Castle, and the beautiful Alps mountain range can be identified as the most visited sites in Romania. And also Romania has 7 UNESCO world heritage sites. This beautiful country is also known as little France. The good news is, that it is one of the easiest countries to get a Visa.

#3. Romanians Are Good At Eating And Drinking.

Romania created the world’s largest sausage in 2014. How long do you think it was? The longest sausage measured 62.75km long and the weight was around 457 tons. Romanians set this record to celebrate their National day on the 1st of December 2014.

#1. The Land Where The Most Beautiful Road In The World Is Located.

Romania is a picturesque country and there is a road that enhances its beauty known as the Transfargarasan highway. This amazing road runs through beautiful mountain valleys and has been identified by travel websites as the most beautiful road in the world. The 90km long road has been used for various films, television programs, and documentaries. This winding road climbs to an altitude of 2042 meters and is considered the second-highest mountain pass in this beautiful country after Transalpina.

So Romania is a must-visit country and will be a good choice for your next journey.

scenichunter - July 15, 2022 0
Shipwreck beach is one of the most astonishing beaches in the world. It is known as Navagio in Greek and it’s located on the...