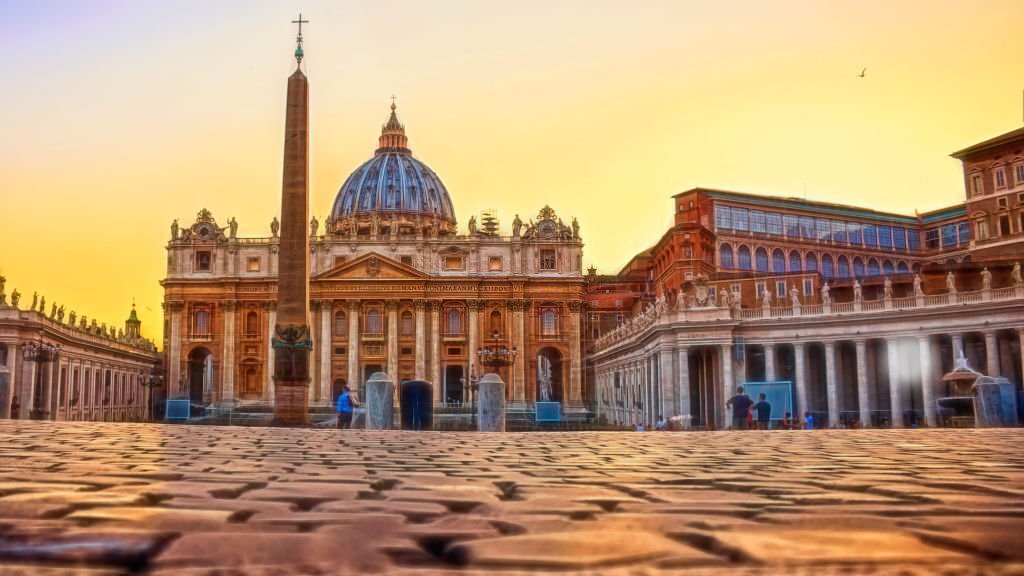 The Eternal city of Rome is the capital of Italy. It is also called the city of seven hills due to its geographical location. The city is commonly considered to be the “cradle of western civilization and Christian culture” and the center of the Catholic Church.

It is the third most visited city in Europe as well as the fourteenth in the world. So here are the 10must see attractions in Rome to pick your next journey.

The Colosseum is an oval-shaped amphitheater, which lies in the heart of Rome, Italy. Construction of this amazing building was begun under the emperor Vespasian in 72 AD, completed in 80AD under his successor and heir, and it was named the Flavian emperors. This majestic building housed 65,000 spectators in Roman days. It was used for public spectacles and gladiatorial contests such as executions, dramas, animal hunts, and famous battles during the Roman era.

Although this amazing building was substantially ruined by stone robbers and earthquakes, it still stands as the most iconic site and symbol of imperial Rome. And also it is considered to be the premier tourist attraction in Rome as well as one of the new 7 wonders of the world.

This amazing architectural masterpiece lies in the Trevi district in Rome, Italy. The fountain is the most famous fountain in Rome as well as in the world. The original fountain was built by Agrippa to bring water to baths in the first century BC. The current Trevi Fountain’s history goes back to the 18th century. It was designed by famous Italian architect Nicola Salvi. The Statue of the nautical god Neptune stands in the center of the fountain, with horses, shells, and tritons.

This stunning fountain has been featured in several films, including Sabina goes to home, three coins in the fountain, Roman holiday, etc. People believe that throwing a coin into the beautiful Trevi fountain is a famous tradition; it will bring you back to Rome. If you throw two coins into the fountain, you will find your love in Rome.

The Vatican is officially known as the Vatican City State and it is considered the smallest independent state in the world by both area and population. The proud city lies in the center of Rome and is ruled by the Bishop of Rome.

St Peter’s Basilica, St Peter’s Square, the Vatican Museums, and the Sistine Chapel are some of the notable places in Vatican City. They feature some world-class sculptures and paintings. This mesmerizing city was listed as a UNESCO world heritage site in 1984. To visit this proud historical city and its attractions will take at least a whole morning. However, the ticket lines for the top attractions can be incredibly long.

The Pantheon is a former Roman temple and a Catholic Church since 609 AD. It was part of his campus Martius complex. Other than the Pantheon, the complex included the Basilica of Neptune and Baths of Agrippa. It was rebuilt by the emperor Hadrian in 126 AD.

The name Pantheon was derived from Greek and the meaning of the name is “devoted to all gods”. The Pantheon is a remarkable ancient building and architectural masterpiece due to its size, design, and construction. It has been an enduring source of inspiration to the wisdom of architecture since the Renaissance.

Roman Forum is also popular as Forum Romanum in Latin. It is an ancient rectangular forum surrounded by the ruins of historical buildings. This magnificent archeological site is located in a small valley between the Capitoline and Palatin hills, at the center of the city of Roam. This amazing site was developed in the 7th century BC and became the commercial, political and social hub of the Roman Empire. Numbers of most important historical monuments of ancient Rome city were scattered near the Forum including Regia, the complex of the Vestal Virgins, the temple of Vesta, Senate house, Arch of Titus, Temple of Saturn, the temple of Castor and Pollux, the Sacravia and etc. This impressive ancient site attracts over 4.5 million visitors yearly. Therefore the Roman Forum should be one of the top sites on your bucket list.

The Palatine hill is considered the most central of the Seven Hills of Rome, which is located 40 meters south of the Roman Forum and 51 meters above sea level. It is one of the most ancient spots in the City of Roam and has been identified as “the first nucleus of the Roman Empire”. It is considered to be the birthplace of the ancient Italian capital and has been inhabited since 1000 BC. In the very beginning, the hill was occupied by upper-class settlers. After that Imperial palaces were built by the first Roman emperor Augustus.

You can explore dozens of ruins of the proud historical buildings. The palace of Domitian, houses of Livia and Augustus, the house of Tiberius, Domus Severiana, the temple of Cybele, the temple of Apollo Polatinus, Septizodium, and Domus Transitaria are some of the most notable things of the Palatine hill.

Castel Saint Angelo also known as the Mausoleum of Hadrian is an ancient cylindrical building, which was initially commissioned by the Roman Emperor Hadrian and used as a mausoleum for his family. This amazing structure was built in 1123 BC and is considered the tallest building in Rome at that time. Ashes of Hadrian Emperor were placed here together with his wife Sabina and his first adopted son Lucius Aelius in 138 BC. Later the building was used as a fortress and castle; recently it is used as a national museum.

This majestic castle offers a pedestrian bridge lined with statues of Archangel Michael, a large collection of weapons, splendidly decorated papal apartments, and stunning views of the city.

The Spanish steps are irregular stairs that lead from the Piazza di Spagna square to the historical French monastery church known as Trinita Dei Monti. The steps have been a favorite tourist spot in Rome. The stair was designed by Architects Francesco de Sanctis and Alessandro Specchi in 1723 – 1725. There is a boat-shaped fountain at the foot of the stairs. The fountain is called Barcaccia. It was designed by a famous architect known as Pietro Bernini. The top of the steps offers a scenic view to enchant travelers.

The Galleria Borghese is one of the world’s largest private art collections of Cardinal Scipione Borghese. This magnificent gallery contains some of the well-known arts from the Renaissance, including paintings by Rubens, Leonardo da Vinci, Caravaggio, and Sanzio Raphael, and beautiful statues of Apollo and Daphne by Bernini.

Around this magnificent gallery on Pincio hill, there is a beautiful statue that had been owned by the wealthy Borghese family since 1580. Later on, the state converted to an English-style park. Now it is the largest park in Rome.

It offers a number of villas, fountains, pavilions, and sculptures. Villa Giulia, Bioparco zoo, Villa Medici & Tempio di Esculapio are some of the most notable things in the park.

The Basilica di Santa Maria Maggiore is considered to be the largest of the eight Mary churches in Rome, one of the seven pilgrim churches, and one of the four papal basilicas in Rome. This captivating church was built by Pope Sixtus III on Esquiline hill in 432. Its bell tower is considered the highest bell tower in Rome at 75 meters.

The basilica also has a museum; therefore you can find out more about the history of the church and explore important historical masterpieces.