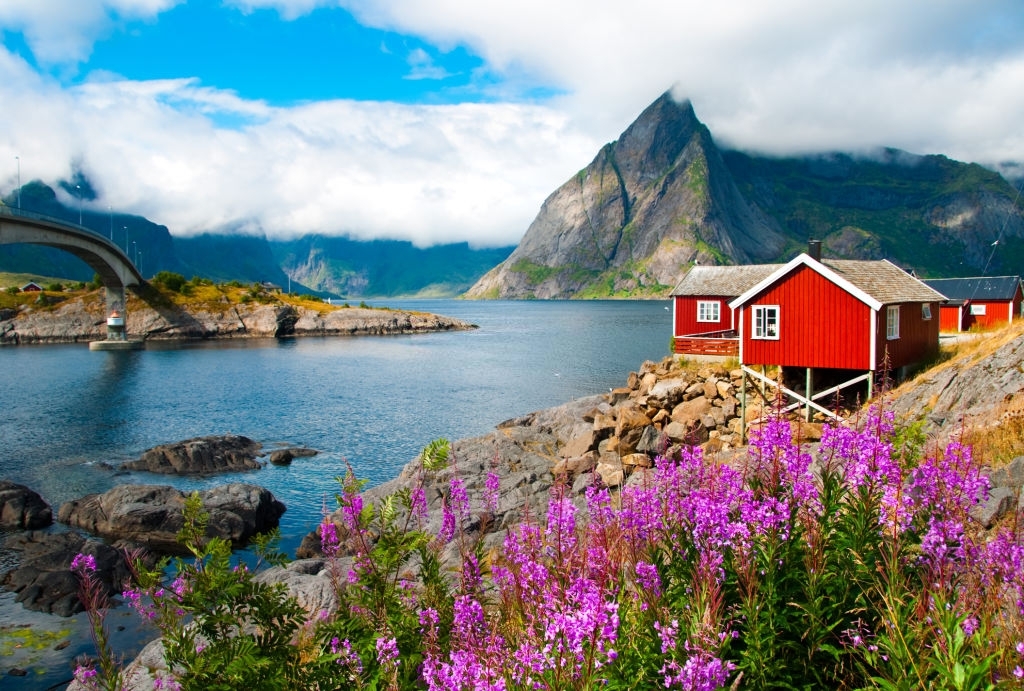 Norway is a beautiful Nordic country in northern Europe and is also known as the most mountainous country in Europe. It is full of stunning landscapes and nature gifted resources. Other than its beauty, here are some fascinating facts about Norway probably you never knew.

#1. Norway is not the official name

Norway has two official names: Norge in the Bokmal language and Noreg in the Nynorsk language. This English name Norway derives from the old English word “Northern way”, due to the route to the north, bordering the Atlantic ocean. But it is not their official name.

#2. The longest road tunnel in the world

The world’s largest road tunnel is the Laerdal tunnel, which is 24.5km long and stretches between Aurland and Laerdal on the highway connecting the capital of Norway and Bergen. They spend over 1 billion Norwegian Krone to build this amazing tunnel.

The kingdom of Norway emerged as a stronghold of the ancient Vikings. They built their own culture by crossing the snow-covered northern seas, occupying territories and creating settlements. The Viking culture was exemplified in the recent film called “How to train a dragon”. The Vikings extended their power from Norway to the British islands, Iceland and eastern Canada. Norway later became part of the Danish and Swedish empires from time to time, and stand as an independent state in 1905.

#4. The world’s Most Remote Island is under the Norwegian Territory

Norwegian Bouvet island is an uninhabited protected nature reserve. Actually, it is a sub-Antarctic volcanic island, situated in the south Atlantic ocean at the southern end of the mid-Atlantic ridge. This amazing remote island lies, 1900km east of the South Sandwich Islands, 1700km north of the Princess Astrid Coast of Antarctica, 1600km south of Gough island, and 2600km south-southwest of the South African coast by making it the most remote island in the world. The 49 square kilometres large island is covered by 93% of glaciers and ice-filled inactive volcanoes.

#6. A Country that became rich in a shorter time

Even in the early 1960s, the Kingdom of Norway was a normal country populated by people who worked in the agricultural and fishing industries. In 1963, Norway was given sole sovereignty of the Norwegian north sea, and large crude oil resources were discovered at the water’s bottom. The smart leaders that ruled Norway at the time chose to nationalize the oil deposits, giving 100% of Norwegian companies the opportunity to get their hands on it. After a number of years, a large amount of money poured into the country. As a result, the Norwegian economy grew by almost 500 per cent in the 1970s and 1980s.

The cheese slicer was introduced by a Norwegian carpenter named Thar Bjorklund in 1925. He wanted a more dynamic way to cut thin cheese slices. His design has still been used broadly and had not changed too much. Finally, his company created over 50 million cheese slices throughout the past 95 years.

#9. Skiing was invented by Norwegians

Although the sun doesn’t set for 4 months, Norway is a country with a long winter because the sun doesn’t appear for another 4 months. Due to this long winter, Norwegians are very good at winter sports and they introduced Skiing to the world. With generations of experience, they showcase their talents in the biggest competitions of the season. Norwegians have won most of the gold medals at the Winter Olympics since 1924.

#10. One of the Happiest and most Peaceful countries in the world

Prior to 2017, Norway had topped the world happiness report many times. They are still in 3rd place and protected one of the top three places in the last decade. As well as Norway is a very peaceful country. They are happy and peaceful because of the privileges they receive. It also has the lowest crime rate and the highest equality in the world.

It is no doubt that sushi is the most popular Japanese food in the world. Fish including tuna are used to make sushi and it is so expensive. Therefore, Japanese people eat sushi only on special occasions. Norway thought Japan made sushi from Salmon instead of the traditional expensive food. The Norwegian coastline is much cleaner than the Japanese coastline. So, salmon is a healthy substitute for sushi, which doesn’t contain high concentrations of heavy metals.

scenichunter - August 24, 2022 2
Laguna Colorada is a shallow salt lake in the southwestern corner of the Bolivian Altiplano. It is also called the “Red lagoon”. The lagoon...