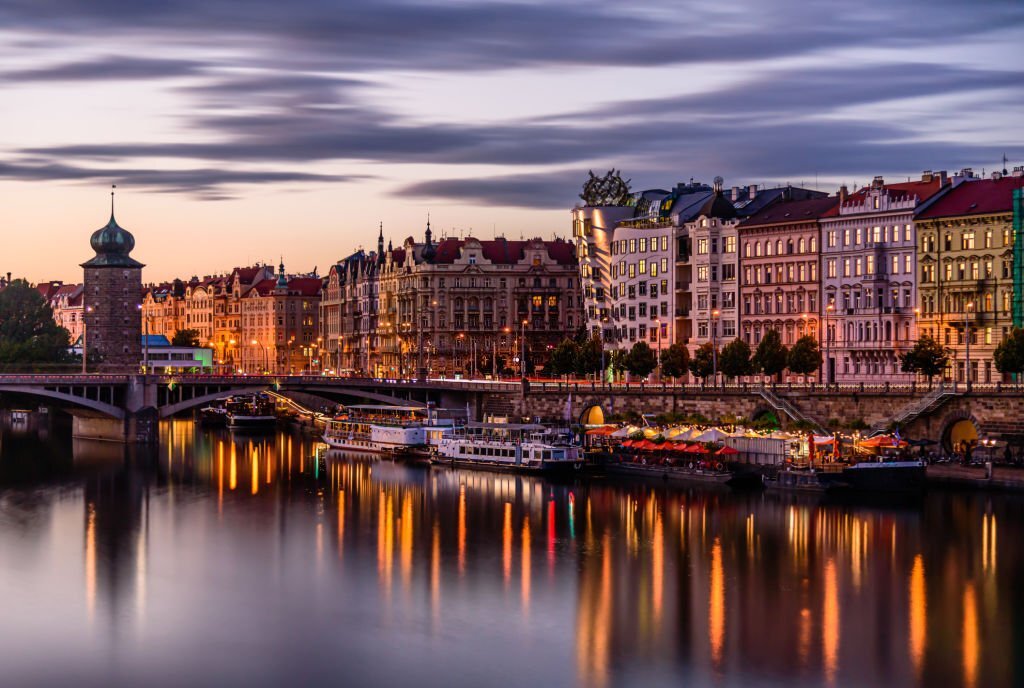 Europe is home to some of the most scenic, iconic, impressive, and influential cities on Earth, which lie between the massive Asian landmass, the Atlantic Ocean, and the Mediterranean sea.

Even though it is small in size, it is prominent worldwide due to fabulous art, iconic landmarks, magnificent architecture, proud history, scenic beauty, and amazing culture.

They are so divergent and really delightful to visit.  Choosing the best cities to visit in Europe is so hard because each and every city in these 44 countries are unique and impressive. So this is our small guide to selecting the best European cities for your next journey.

The historical city, of Rome, is located in the Lazio region in Italy, along the shore of the Tiber. Proud archaeological sites, iconic landmarks, and historical ruins are lying around every corner of the capital of Italy. The history of Rome goes to the 28th century. Due to 3000 years of proud history, Rome is considered the artistic and cultural center of the world and listed as a UNESCO world heritage site.

According to the world tourism data in 2019, Rome became the 14th most visited country in the world, with over 8.6 million tourist arrivals, the third most visited country in the European Union, and the most famous tourist destination in Italy. The iconic Colosseum is arguably Rome’s most attractive tourist spot. Even though Rome is steeped in history it is a happening place with a decent amount of hotels, restaurants, and bars. So Rome is full of enough enjoyable and romantic places to pick for your next journey.

France is a transcontinental country, which spans Western Europe, the Atlantic, the Pacific, and the Indian Ocean. Paris is the capital of this beautiful country. It is located on the bank of the Seine River. This amazing city is full of astonishing artwork, architecture, and masterpieces. France is among the top tourist destinations in the world, with over 89 million tourist arrivals in 2018. Eiffel tower, Pont du Gard, Mont Saint Michel, Louvre Museum, and Arc de Triomphe are some of the most prominent destinations in France.

France’s capital Paris is well known for exquisite restaurants and high-end fashion outlets. So you can experience your romantic journey with delicious French cuisine, and unforgettable French wine while choosing your favorite clothes.

Amsterdam is the capital of the Netherlands and is also known as the “Venice of the North” due to its canal system and “Jerusalem of the North” because of its previous high population of Jewish people. It is a unique city, and well known for its elaborate canal system, artistic heritage, and narrow houses. Amsterdam was a hotspot in the old during the Dutch Golden Age period of the 17th century. Beautiful museums, proud historical buildings, strolling through beautiful city parks, going for an exciting boat tour on the canals, nighttime festive fun, and cycle tours on the widely spread cycle path are some of the most highlighting things in Amsterdam. Tulip season can be identified as the perfect time to visit this vibrant city.

London is the capital as well as the largest city of England and the United Kingdom. London was the core financial center during the Roman period. It has diverse cultures encompassing over 9 million residents, making it the third-most populous country in Europe. London has famous world heritage sites including the Palace of Westminster, St Margaret’s church, Tower of London, Kew Gardens, and historical settlement in Greenwich. Other than that, the London Eye, St Paul’s Cathedral, Buckingham Palace, Piccadilly Circus, Trafalgar Square, and Tower Bridge are some of the most famous places among tourists.

After visiting royal palaces and historical places to the iconic phone booths of yesteryear, you will realize that London is the land where history perfectly blends with modern times.

Berlin is the capital of Germany. When considering both land area and population Berlin is the largest city in Germany as well. Berlin owns three world heritage sites such as the Palaces and Parks of Potsdam and Berlin, Museum Island, and Berlin Modernism Housing Estates. Other than that there are hundreds of places to explore including the Berlin wall memorial, Brandenburg Gate, Potsdamer Platz, the Reichstag building, the east side gallery, Berlin Cathedral, Berlin victory column, and dozens of museums and galleries. During the past decade, Berlin has become the third most visited city destination in Europe.

Even though Berlin has a proud history, it boasts the best happening nightlife, with some of the best trendy clubs and pounding bars. Multicultural cuisines, historical places, and fully happening culture are particularly worthwhile to visit.

Athens is the capital of Greece and is commonly known as the Cradle of Western Civilization, and the Birthplace of Democracy. It was the center of art, a classic, and the most influential city in ancient times. Athens is one of the oldest cities in the world and its recorded history spans more than 3400 years.

Proud Athens is home to two UNESCO world heritage sites, such as the Acropolis of Athens and the Medieval Daphni Monastery. Other than that there are dozens of museums and historical sites to visit in this beautiful city.

If you pick this influential city for your next tour, you can definitely stroll through splendid streets and ancient archaeological sites while enjoying the delicious foods of modern cafes and restaurants.

Venice is the capital of the Veneto region and is located in the northeastern part of Italy. Venice is an amazing collection of 118 small islands; they are separated by charming canals and linked by more than 400 bridges. Therefore this unique and charming city is known as the “city of canals”.

Venice hosts up to 60,000 tourists per day and 22 million to 30 million tourists annually. Since the 18th-century tourism has been a significant aspect of the Venetian economy.

Venice is home to epic old churches, grand palaces, breathtakingly beautiful art, and architectural masterpieces. St Mark’s Basilica, the Doge’s Palace, the Grand Canal, the Lido di Venezia and the Piazza San Marco are some of the attractive places in this unique city. Its awe-inspiring landmarks make it a must-visit city in Europe as well as in the world.

Prague is the capital as well as the largest city in the Czech Republic, which is located on the Vltava River. It is lying at the heart of Europe and is considered to be one of the finest cities on the continent. This amazing city is the economic, cultural, and political hub of Central Europe, with a proud history and mesmerizing Gothic, Romanesque, Baroque, and Renaissance architecture.

Prague is home to well-known cultural attractions including Prague Castle, Charles Bridge, the Prague astronomical clock, the old town square, Vyŝehra, the Jewish Quarter, and Petvin hill. As well as there are more than 10 museums, galleries, cinemas, theaters, and many more historical exhibits.

Istanbul is the largest city in Turkey and is located at the place where the east meets the west. The city is formally known as Constantinople. It is lying in both Europe and Asia. Istanbul is considered as 15th largest city in the world as well as the most populous city in Europe. Istanbul straddles the Bosphorus Strait, which provides a passage from the Black Sea to the Mediterranean Sea via the Sea of Marmara.

Due to its strategic location, it became the economic, cultural, and historic hub of the country. Istanbul is the 15th most visited city in the world in 2018. The abundance of artworks, architectural wonders, over 50 museums, luxury cruise tour, and grand bazaars is some of the best parts of the Istanbul tour.

Vienna is the capital as well as the most populous city in Austria. Vienna’s history goes back to the first post-Christian century. This scenic city is a special place where half-millennium of world history was written. Arguably it is a perfect combination of imperial tradition, seductive music, and endearing charm. Vienna inspires with its proud history and modern culture. So, there are dozens of cozy places available for you.

Warsaw is the capital of Poland and is officially known as the Capital city of Warsaw. The city lies on the River Vistula in the east-central part of Poland. Although Warsaw is fairly young compared to other European Capitals Warsaw has a large number of architectural monuments and tourist attractions. Royal castle, gorgeous Warsaw old town, Sigismund’s column, Barbican, and Market square are some of the most notable places in this stunning country. It boasts numerous trendy nightclubs, restaurants, and chic vodka bars with cheap and cheerful milk bars which date back to the communist time. Warsaw is a popular tourist destination with increasing trends and it is well worth visiting.

Budapest is the capital and the most populous city in Hungary. It is also identified as the ninth-largest city in the European Union by population. Buda and Pest were two separate towns before and officially unified in 1873. This truly sensational city was home to old Hungarian kings and was considered the Austro-Hungarian Empire.

The central part of Budapest lies along the Danube River and it was listed as a UNESCO World Heritage site. Budapest has dozens of destinations to visit, Buda castle, geothermal springs, classical architecture, the second largest synagogue, and parliament buildings are some of the notable sites in Budapest. Other than that Budapest is well known for its unique ruin bars, which are famous for having great nightlife. This gorgeous city attracts over 12 million international tourists annually. Budapest ranked as the best European destination in 2020.

Stockholm is the largest city in Sweden and is considered the largest urban area in Scandinavia. The city is built upon fourteen islands, where Lake Malaren flows into the Baltic Sea, opposite the Gulf of Finland.

This unique city is considered one of the most stunning capital cities in the world and is known as the Venice of Scandinavia.

These stunning cities have their own unique flavors and identity. If you are a city person, an impressive and influential European city tour will be an excellent choice for your next journey.

Symphony of the Seas: A Journey to the World’s Largest and...