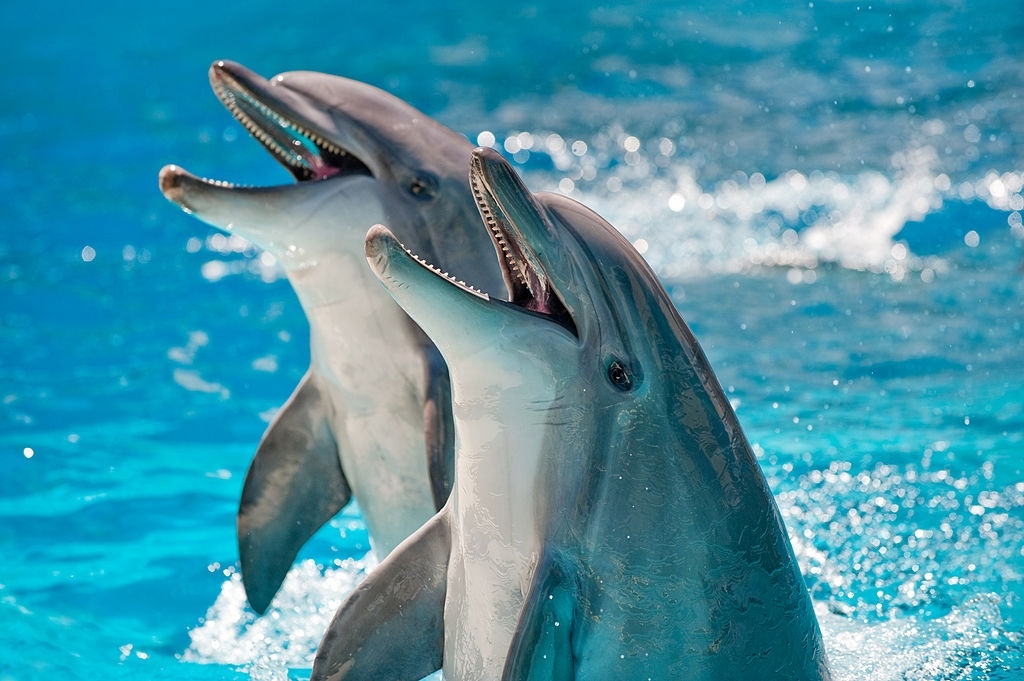 Dolphins are a set of adorable and social sea creatures that live in the Ocean. They are so friendly, cute, and adorable therefore, everybody loves them. Even though everybody loves and known all around the world, here are some unknown and interesting facts about these beautiful mammals that have made scientists wonder about them.

#1. They Can Turn Off Half of Their Brain

Dolphins can stay up awake for a long period, even as long as 2 weeks. And also, they have a special ability to rest one-half of their brains when the other half is awake. Normally they sleep with one-half of their brain and keep one eye open. Scientists believed that they do this to secure their group from predators.

These amazing mammals have some of the most elaborate acoustic abilities. Researchers found that they have unique calls for themselves and use them as names. The researcher recorded their signature whistles and when they played those whistles the relevant dolphin responded immediately after listening to them. Dolphins make a variety of sounds including whistles, squawks, clicks, barks, squeaks, moans, yelps, and groans.

#3. They Select Their Friends Based on Their Habits

Normally dolphins examine others’ behavior and interest and hang out with dolphins who have the same behaviors, habits, and interests. So, they all stick together and form a group and travel, play and hunt together as a team.

#4. They are So Intelligent

Dolphins can be identified as one of the few species that can recognize themselves in a mirror. And also, they are trained to track specific targets to detect underwater mines. Other than that, they can use tools to facilitate their daily routines.

Even they have a row of teeth they are not for chewing foods. They grab, bite and tear their food using teeth before gulping it down.

This Stag Appeared Behind Him & The Wildlife Photographer Was Completely Unaware.

scenichunter - September 15, 2021 0
Image Courtesy and More Info at DailyMail A stump or heart is the male red deer, whereas a hind is a female. Red deer can...

This Stray Puppy was Adopted After Following a Lady on a...