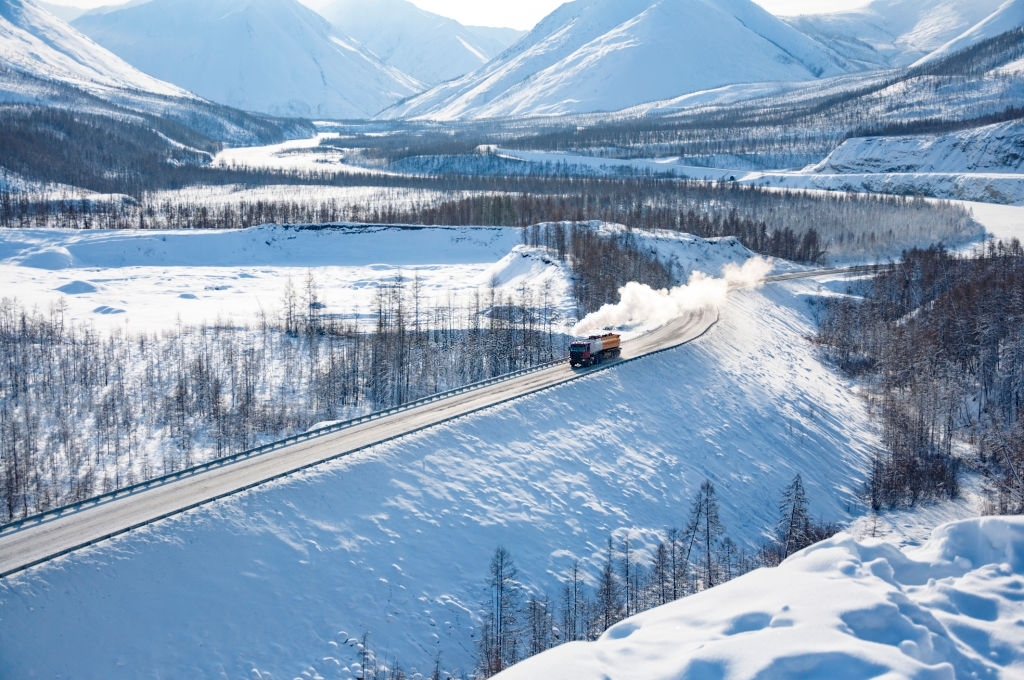 This is the coldest permanently inhabited place on Earth, known as Oymyakon. Undoubtedly, it is the coldest village in the universe with human habitation.

Oymyakon is located in the district of the Sakha Republic in Soviet Russia, exactly 4000 km east of Moscow, the capital of Russia. The meaning of the name is “unfrozen patch of water; the place where fish spend their winter”.

However, Oymyakon is famous worldwide as Pole of Cold. This isolated village is situated 750m above sea level. This settlement is truly solitary, so these people are a group of people who challenge nature. Oymyakonians truly define bitterness of life and try to tie their lives every day. These people are known around the world as, one of the strongest communities in the world.

Yukutsk is the colder city in the world. It is also the nearest town to the village of Oymyakon. Nearly 300,000 people live in the city and it is almost a two days drive from Yukutsk to the world’s coldest village as well as it is 682 km long and runs through snow and pine trees. Even in this ever-evolving world, Oymyakon people spend more than 35 hours reaching their nearest town.

Approximately, the temperature is -40°F for 9 months of the year and during winter it exceeds -60°F. In 1924 the highest temperature was recorded as -96°F. The majority of Oymyakin people are traditional Russians, traditional Yukutsk Siberian and few Ukrainians also live here. The population had recorded its highest as 2500 but the number has decreased up to 900-500 in 2018.

People speak the Russian language and these people bring beauty to their village with their customs and traditions. Traditional Russian tea and vodka help them to survive this extremely cold weather. Their daily diet includes pure milk from animal husbandry, deer and horse meat, and fish.

The whole village has only one small shop and one small school the school will close when the temperature exceeds -55°F. The Oymykon residents don’t have electricity or Internet access. So during the short period of summer, they make a great effort to gather some woods to protect their lives during winter.

There are no restaurants or hotels. So the visitors have to stay in a small wooden house of the villagers. Oymyakonians are very popular throughout Soviet Russia as very hospitable people.

Oymyakon young woman considered the most beautiful woman in Russia. Majestic mountain peaks, the deers walk through the snow, cold dark sky, called fresh winds and small wooden houses give a truly beautiful sensation to everyone.

So, if anyone is thinking of visiting the coldest village in the world, there is an opportunity for that. First, you have to go to Russia. There are eight flights a week from Moscow to Yakutsk and can take a special carriage from Yukutsk to Oymyakon. The short summer that comes from May to August is the perfect time for you.