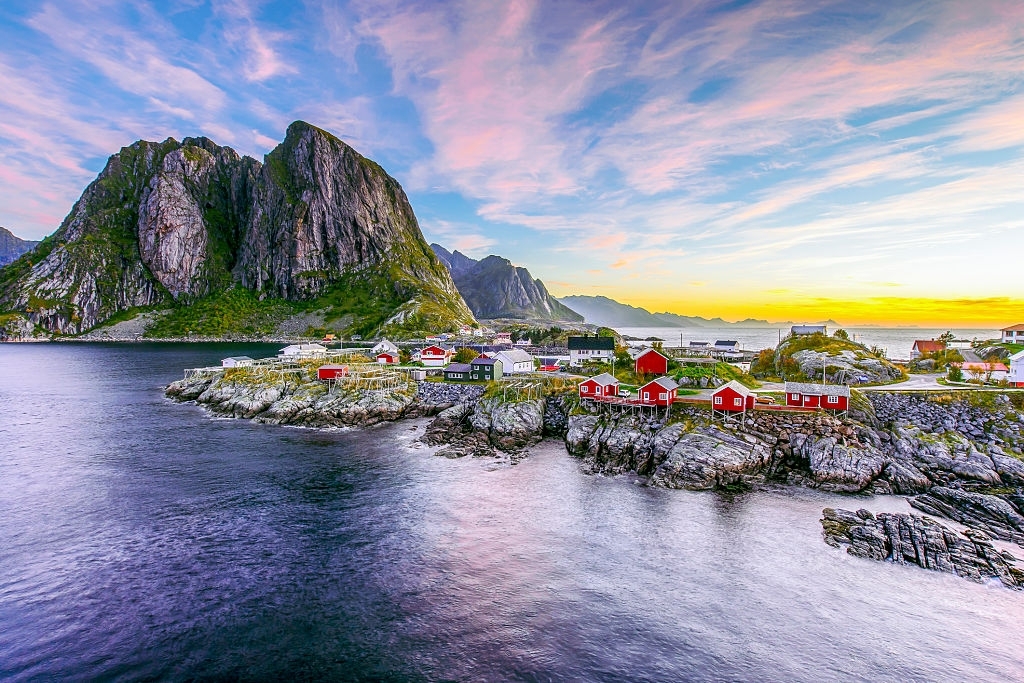 Today on our journey we are ready to take you on a breathtaking adventure to a Nordic country in northern Europe. This is our spectacular adventure to the Kingdom of Norway.

Norway’s total land area is 385,207 square kilometres, and it is World’s 61st place. The first inhabitants were the Ahrens burg in the late upper Paleolithic era. Its current population is 5,391,369 and is considered as the world’s 118th place, and the majority of the population is Nordic. The Kingdom of Norway shares over 1619km long border with Sweden in the east. Norway is bordered by Finland and Russia to the northeast, and the Skagerrak Strait to the south, with Denmark on the other side.

Norge and Norga are some of the names which refer to the country in its different parts. The English name Norway means the northern way or the way leading to the north. Norwegian and Sami are the main official national languages of Norway. These languages share mutual intelligibility with Danish and Swedish languages. Around 95% of the population speak Norwegian as their first language.

Norway has the fourth-highest per capita income in the world. The country had the highest rank on Human Development Index since 2009. As well as Norway ranked on top of the world Happiness report in 2017. Norway is considered as one of the low crime countries in the world.

Norway owns an exclusive coastline facing the North Atlantic Ocean and the Barents sea. The maritime influence brings high snowfall and high rainfall to some areas of the country. Due to Norway’s high latitudes, there are large seasonal variations in daylight. From late May to late July the country experiences up to 20 hours of sunlight per day. In late November to late January daylights are very short and the sun never rises above the horizon.

Norway is an attractive tourist destination. So, it ranked 22nd in the world’s Travel and Tourism Competitiveness report in 2019. Norwegian tourism has a seasonal variation, with more than 50% of total tourists visiting from May to August. The top attractions are the stunning landscapes that lay across the arctic circle, including mountains, lakes and forests. Unspoiled nature is a blessing to attract more tourists around the world. Oslo, Alesund, Bergen, Stavanger, Trondheim, and Tromso can be identified as the most popular destinations in Norway.

Norway is on many travellers bucket lists because it is one of few places on earth to experience the unbearable contrasting colour that moves across the Arctic sky. Between late September and late March, the Northern part of the country is dark from early afternoon to late morning. So, travellers have a great chance to experience the northern lights. Other than that, people can join in hiking, skiing, winter fishing, whale watching or wildlife safari.

Norway is a must-visit country full of breathtaking landscapes and fascinating cultures. So if you love to experience this spectacular destination, add it to the top of your bucket list.

scenichunter - September 26, 2021 0
Another lovely event in which nature displays its artistic art is the Yellow Penguin. With its creative wonders spanning billions of years, this is...