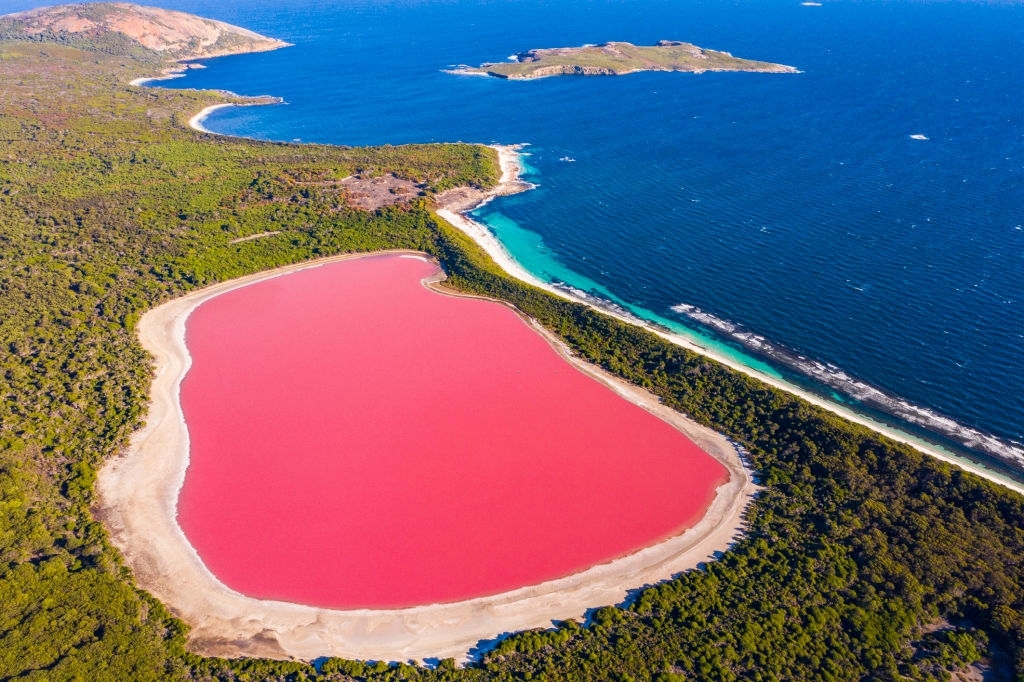 Australia is one of the most beautiful countries in the world. As well as it is the sixth-largest country in the world. So, this journey to an Australian lake which located on the island of Middle in the South of Western Australia. When we think about a lake, we all are reminded of a place full of blue water. But the water of Lake Hillier is not blue, it is pink.

The lake is about 600m long and 250m wide and is also located very close to the ocean. The lake was first discovered by Matthew Flinders. The top view of this lake is spectacular.

Scientists have done a lot of research on the reason behind the water becomes pink, but no exact cause has been founded yet. However, many believe that the water is pink because of the species of algae that live there. In 2013, experiments were carried out and it was discovered that algae called “Dunaliella Salina” have inhabited the water of the lake. In addition, another study revealed that about 10 species of algae and bacteria live in the high saltwater of the lake. Most of them are red or pink.

The Salinity of this lake is very high and its salt concentration is 10 times higher than seawater. The most special thing is the water stays pink even when the water is separated from the lake.

Dolphins in large numbers off the coast of California

scenichunter - September 14, 2021 0
The majority of people enjoy seeing dolphins! They're stunning, and you'll never get tired of viewing them. Some individuals enjoy watching dolphins on weekends and...

The Eye of the Earth