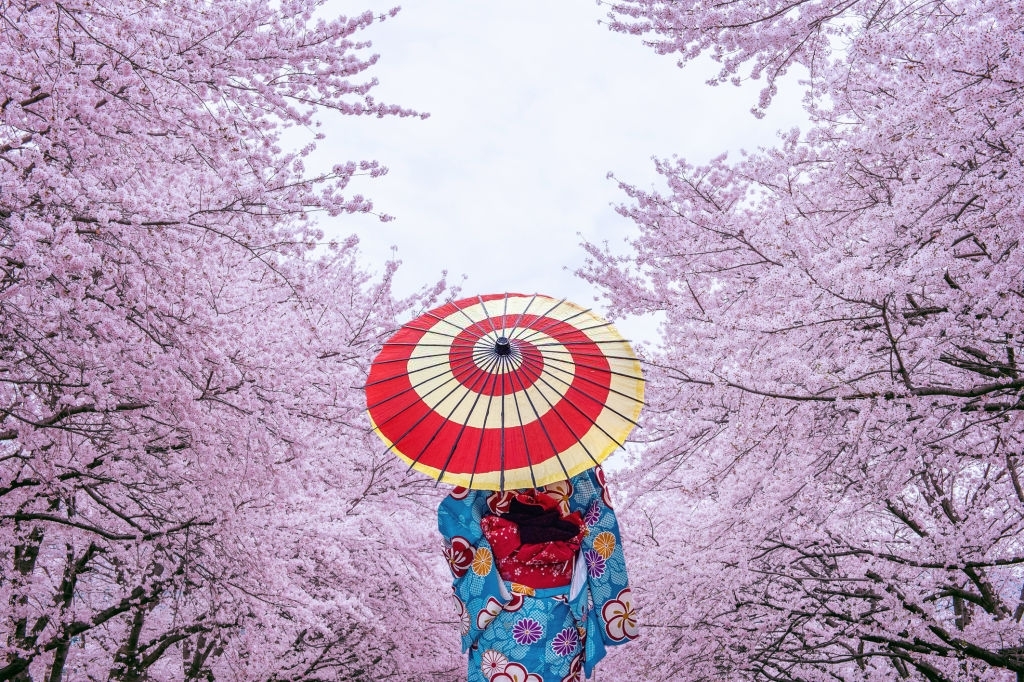 The cherry blossom festival is one of the national symbols of Japan, it is also known as Hanami in the Japanese language and famous all over the world. Hanami is considered a very special festival and held throughout the spring season from the end of March to early May.

The history of Hanami goes to many centuries old. According to the historical pieces of evidence, it was started during the Nara period (710 – 794). The term of Hanami and flower party were used to call it, the meaning of Hanami is “viewing flowers”.

After spending a freezing cold winter, people waiting to have fun and joy in this beautiful pinkish environment. They often involve picnics and parties to enjoy food and drinks with their families and friends under the cherry trees.

Ancient Japanese people celebrated the new year in the spring season and they believed that the cherry blossoms give a signal of the spring planting season. So they considered it as the message of the rice paddy God. It blooms only once a year just for about two weeks. If the weather is rainy and windy, petals will scatter everywhere quickly. So, that expresses the reality of life and transition, echoing the concept of “all worldly things are transitory”.

The Amazing Dead Sea With No Life

scenichunter - June 7, 2022 0
The Dead Sea is the lowest land-based elevation on Earth. It is a salt lake that lies in the Jordan rift valley, and its main tributary is...