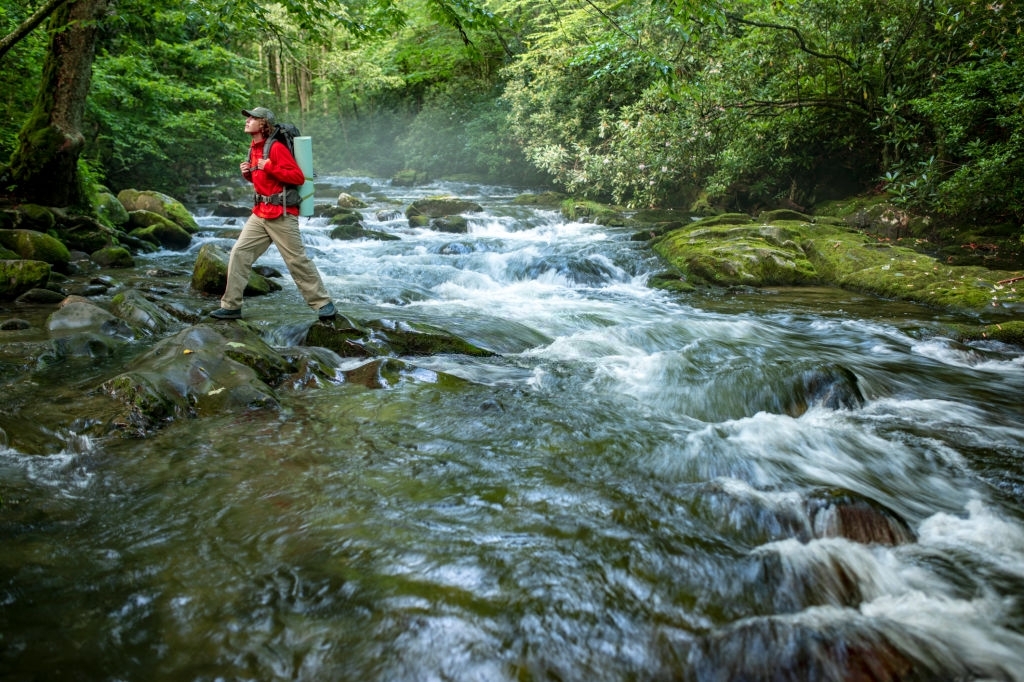 In the great American wilderness, reconnect with nature among mist-shrouded peaks, glistening waterfalls, and lush woods.

The Great Smoky Mountains’ sun-dappled woodlands are a four-season splendour. Spring wildflowers bloom in a rainbow of colours and sizes, while flaming azaleas light up the high-elevation meadows in the summer. Autumn delivers its own fiery rewards, blanketing the mountain slopes in quilted hues of orange, crimson, and saffron. The Smokies become a quiet, cold-weather getaway in the winter, with snow-covered pastures and ice-fringed cascades. This captivating landscape is also a UNESCO World Heritage Site, with more biodiversity than any other national park in the United States.

In the rich forest valleys surrounding the Smokies, early settlers built log homes, one-room schoolhouses, stream-fed gristmills, and single-steeple churches. Many of these historical vestiges have been preserved in the park, which has one of the country’s largest collections of log structures. While exploring the park’s stunning open-air museums, you may gain a look into the lives of these homesteaders. You can walk across bridges built by the Civilian Conservation Corps during the Great Depression and explore abandoned resort villages that sprung up during the lumber boom.

The Appalachian Mountains, which are among the world’s oldest mountain ranges, include the Smokies. These ancient peaks, which date back more than 200 million years, were previously much higher – may be as high as the Himalayas – but have since been eroded by the passage of time. You might recall that distant past while battling your way to the peak of a 6000ft hill and watching the seemingly endless expanse of undulating ridges stretching out into the distance. From every vantage point in the park, there are stunning vistas, as well as one top lodge that is only accessible by foot.

The Smokies are a magnificent spot to disconnect from the hectic life and reconnect with nature — in fact, you’ll be compelled to do so due to the park’s absence of cell phone coverage. Days are spent hiking past glistening waterfalls and picnicking alongside boulder-strewn mountain streams, with evenings spent around the campfire with the glamouring stars above the forest canopy. Seeing deer graze in the early morning light in Cataloochee, seeing turkeys strut across the fields near Oconaluftee, or even spying a bear ambling through the dense forests outside of Cades Cove, the park’s diverse plant and animal species give spectacular chances for wildlife-watching.

scenichunter - July 13, 2022 0
Have you ever wondered about the vibrant beauty of an endless tulip field? The Netherlands is prominent due to its tulip farms and which produce...