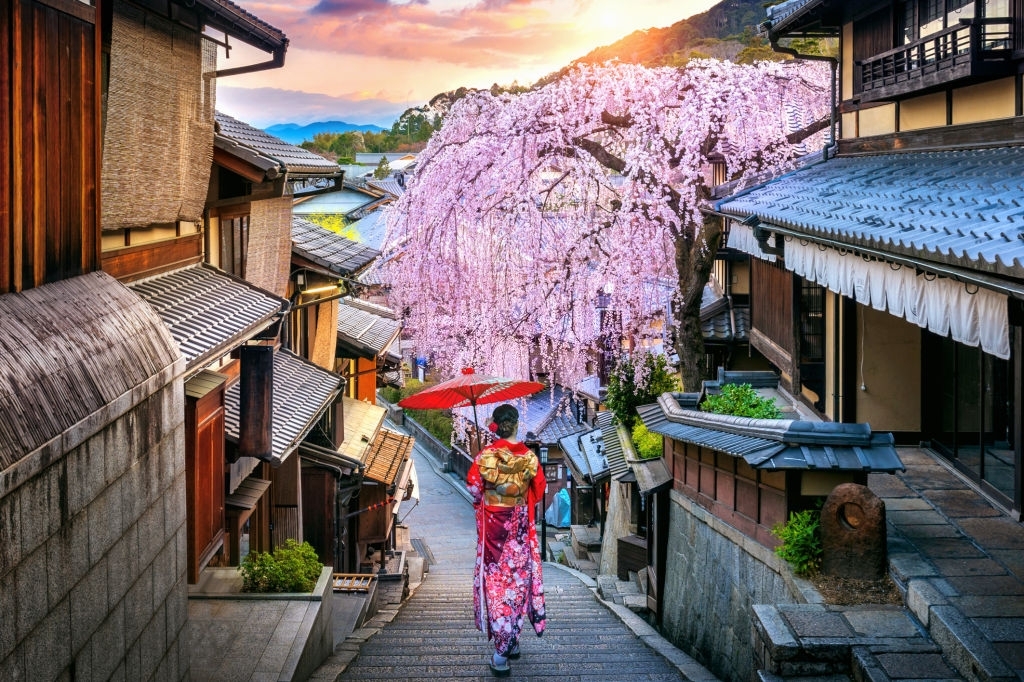 On this fabulous journey around the world today we are here to take you to a country that rich in its culture, tradition, nature, and its people. This is the land where the cherry blossom festival “hanami” is celebrated by its people. This is the land of Serenity. This wonderland is very unique and diverse in its own way. This wonderful country has its own creations, inventions, and discoveries. People practice their own Sen Buddhism. This country is considered as a superior country in the field of technology. This chapter of Scenic hunter reveals great tips about the land of Sakura.

This wonderful country spans the archipelago of 6852 islands spreading 377,975 square kilometers. More than 97% of the total land area spread over 4 main islands called Honshu, Hokkaido, Kyushu, and Shikoku. Tokyo is the capital as well as the largest city in Japan. This is the world’s 11th most popular country as well as one of the most densely populated and urbanized country. The historical evidence proved that Japan was inhabited in the upper Paleolithic era. Beginning in the 12th century Japan’s political power was held by a series of military dictators and feudal lords. So, it was enforced by a class of warrior nobility. After a very long civil war, Japan was rectified in 1603. In 1854 the United States fleet forced Japan to open trade to the west, which led to the re-establish of imperial power in 1868. During the Meiji period, the empire of Japan adopted a western-styled constitution and started industrialization and modernization. After world war 2 suffering defect in the pacific war and two atomic bombings, Japan surrendered in 1945. Japan has maintained a unitary Parliamentary Constitution monarchy since 1947. Although Japan renounced its right to declare war, it maintains the world’s 4th most powerful military force.

Japan experiences high economic growth, becoming the third-largest economy in the world. Japan ranked as the second-highest country based on the human development index in Asia and has world’s second-highest life expectation. Japan has the sixth-largest exclusive economic zone. Because of the huge mountainous terrain, approximately 67% of the land is uninhabitable.

This country is considered as the most densely populated country. According to the world risk index, Japan has the 17th highest natural disaster risk. So, they are substantially prone to earthquakes, volcanoes, and tsunami because of their location along with the pacific ring of fire. Japan has the 10th largest population in the world which is more than 126 million. Over 10% of the population live in the capital of Japan Tokyo.

The total land area is 377 944 square kilometers and it is 62nd place in the world rank. Japan has the third-longest economy in the world. More than 70% of the total land is mountains and over 200 are volcanos. Japan has 111 active volcanoes in its lands. Japan has nine ecoregions which reflect the diversified geography and the climate of the island. Japan owns large number of wildlife, over 90000 species of wildlife including Japanese macaque, brown bear, small Japanese field mouse, Japanese raccoon dog, and the Japanese giant salamander. Japan established a large network of national parks. These have been started to protect important flora and fauna and 52 wetlands sites. Japan is rich in outstanding natural value. The wonder of the Japanese natural world is a well-kept secret. You never have to travel too far to get out of the city and into the forested mountains. The climate of Japan is predominantly temperate but the temperature varies greatly from north to south.

Japan is one of the world’s largest exporters. Japan’s main exports are motor vehicles, semiconductors, iron, steel product, and auto parts. Japan ranked as a highly competitive and economically free country and Japan ranked sixth in the global competitiveness report. Japan maintains one of the world’s largest fishing fleets and also Japan is the 7th world’s largest tonnage of fish caught. Japan attracts more than 31 million international tourists annually. Japan is the leader in the technology sector so more than 65% of world robotics production is done by Japan.

Japanese people maintain their uniqueness in every aspect of their life. Japanese culture has great influence from Asia, Europe, and North America. Traditional Japanese arts are world-famous including kabuki, bunraku, ikebana, material arts, origami, etc. Twenty-two Japanese sites have been inscribed on the world heritage list. Japanese architecture is a combination of both local and foreign influences. It has traditional art with an eco-friendly concept. Japanese people have very unique scenes of style and fashion. World Famous Kimona expresses Japanese culture to the world.

Japanese cousin is the type of foods prepared in a very unique way based on customs and traditions. The typical Japanese meal consists of a bowl of rice, a bowl of miso soup, fish or meat, and pickled vegetables. As an island, the Japanese take great pride in seafood. Instead of rice, they use noodles called sobs and udon. Sushi, Tampura, yakitari, kaiseki, udon, soba, and sashimi are some of the famous Japanese foods. The land which owns the world prettiest bamboo forest. The country owns the world’s largest fishery market called Tsukiji. National Sumo but the famous sport is baseball. The country that experiencing more than 2500 earthquakes annually.

scenichunter - July 31, 2022 3
The crescent-shaped country, of Croatia, is located in southeast Europe. Even though it is small in size Croatia is a geographically diverse country. Croatia...