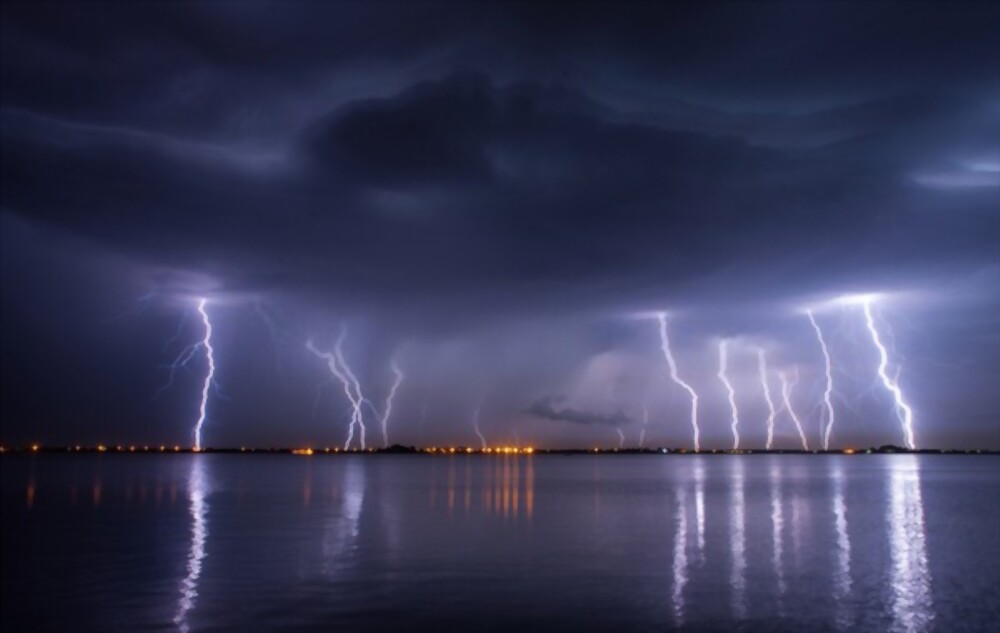 You would be surprised to hear that, there is a place on Earth, where 280 lightning strikes per hour, roughly 1.2 million lightning per year. This special phenomenon is known as catatumbo lightning, which happens over the area of Lake Maracaibo in Venezuela.

Lake Maracaibo is a large tidal bay in the inlet of the Caribbean sea and is considered as a lake rather than a bay. This magical lake is one of the oldest lakes on earth at over 20 – 36 million years old. It is 99 miles long, 67 miles wide, and over 60m deep. Lake Maracaibo is a major shipping route to both Cabimas and Maracaibo ports.

The area around the lake is considered to be the most electrically charged area in the world because of the amount of lightning that strikes each year. Normally, it happens 140 – 160 nights a year, nine-hour per day, and from 16 to 40 times per minute.

Why There is So Much Lightning in This Lake?

Although, lightning is a natural phenomenon, weather factors as well as, physical factors affect the occurrence of lightning. Scientists have discovered that the physical location of lake Maracaibo may have contributed to the lightning strikes. Lake Maracaibo is located on the northern border of the Andes Mountains. The cold air currents from the Andes mountains, which stretch from the north to the south of the South American continent as a majestic wall, collide with the warm air currents coming from the Caribbean region around this lake. The strongest clouds that form during such a collision are the ones that create the weather with an everlasting lightning storm.

Methane released from the mudflats and massive oil deposits in the basin where the lake is located has also been found to stimulate the formation of lightning. Lake Maracaibo considered the proud symbol of the Venezuelan people, entered the Guinness Book of records in 2014 as the region with the highest amount of lightning per square kilometers in the world. So isn’t it amazing…!

“They treat me the same way as with the other members of the pack” Lion Whisperer talks about his life.

scenichunter - August 29, 2021 0
An encounter filled with love on each side. You can also call him the “Lion Whisperer” because he features a very special way of handling...

The Most Dangerous Temple in the World