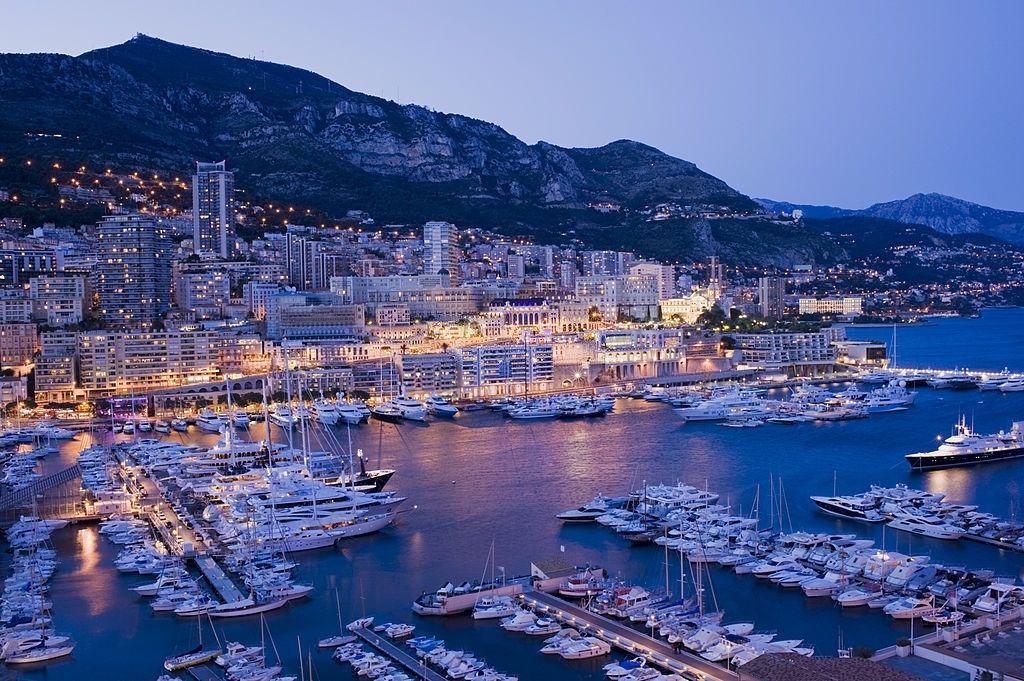 Although Monaco is one of the smallest states in the world, it is one of the richest and most powerful states in Europe; known as the billionaire’s playground. Most of the Monaco people are wealthy business owners. Monaco’s total land area is 2.1 square kilometres, so identified as the second smallest sovereign state in the world after Vatican City. Monaco was officially named as a principality of Monaco. This sovereign city-state and microstate is bordered by France to the north, east and west as well as the Mediterranean sea to the south.

Monaco is home to 38,682 citizens but only 9,486 residents are Monegasque nationals and the official language is French. The population density was recorded as 18,713 for square kilometres, making it the most densely populated sovereign state in the world. As well as Monaco has the world’s shortest coastline of 3.83 kilometres. Monaco is governed under a constitutional monarchy and Prince Albert II is head of the state.

Here are 10 interesting facts about the Principality of Monaco.

#10. One-Third of the Population are Millionaires

Among 38,600 Monaco’s population, 12,216 are owners of the world’s largest companies and have millions of net worth. Stefana Pessina is the wealthiest person in Monaco and his net worth is close to 12 billion USD. Approximately, a Monaco citizen owns 2.1 million USD net worth.

#9. The Value of a Monaco House is Unbelievable

Monaco is a country with a small land area, so even a small land has a high value. According to recent records, a square foot of a house in Monaco costs about 4,560 USD. But even in New York, the world’s leading city, the square foot is only 2,800 USD. If you’re lucky to buy land in Monaco, you’re really a millionaire. An apartment with only one room will cost around 1.6 million USD.

#8. As an Independent State, it has the Highest Per Capita Income in the World

The Per capita income of the Principality of Monaco is approximately 185,000 USD. Its value is not considered internationally due to the small size of the land and population. However, Monaco has the highest per capita income in the world. It is one of the four countries with over 100,000 USD per capita income.

#6. Monaco is home to people from 139 countries

From its total population, only 9,486 residents are Monegasque nations. The remaining 29,000 residences are wealthy people from 139 countries around the world. Therefore, Monaco society is full of different cultures.

#5. Monaco has no Income Taxes

In a country where one-third of the population is a millionaire, you might be amazed to learn that there are no income taxes. This decision has been taken to attract the richest people in the world. However, a 19.6% tax has been imposed on goods and services.  It is stated that people save a lot of money because of the no income tax rule.

#4. The Royal Family has 1 billion dollars net worth

According to Forbes, the royal family of Monaco owns over 1 billion dollars net worth. Princesses of Monaco are at the top of the list of the richest princesses in the world including princess Caroline, princess Stefaniya, and Princess Charlene. Albert, governor of Monaco, is the 11th richest king in the world. The policies of the Monaco royal family, are known as independent and open.

#3. The Casino is banned for Monaco Citizen

Monaco is the playground of billionaires in the world and has four of the best casinos in Europe. It costs as little as 10 euros to enter a Monaco casino hall. However, the prince banned gambling for the people of the country and provided all the facilities only to tourists.

#2. A Country without an Airport and Army

Monaco is a small state, so there is no airport here. Because of this, you can never fly via aeroplane to Monaco. Helicopters are used tourists to come here and Monaco people also use helicopters for their business tours. Helicopters can be parked in almost every building in Monaco. This amazing state has no army and has only a small security unit. This unit consists of the best personal bodyguards in the world.

A huge number of businesses call Monaco home. Therefore, a large number of workers from other countries come to Monaco every day. Monaco attracts more than 7 million visitors annually. In this way, the population of Monaco will increase from 38,000 to 80,000 every day.

If you are planning to visit Monaco, we remind you to keep these things in mind when you are travelling.

scenichunter - June 11, 2022 0
If you are obsessed with sweepingly dramatic landscapes, picturesque mountains cool, and a refreshing climate, Switzerland is the most ideal destination for you. It...

12 Most Scenic Lakes in Austria