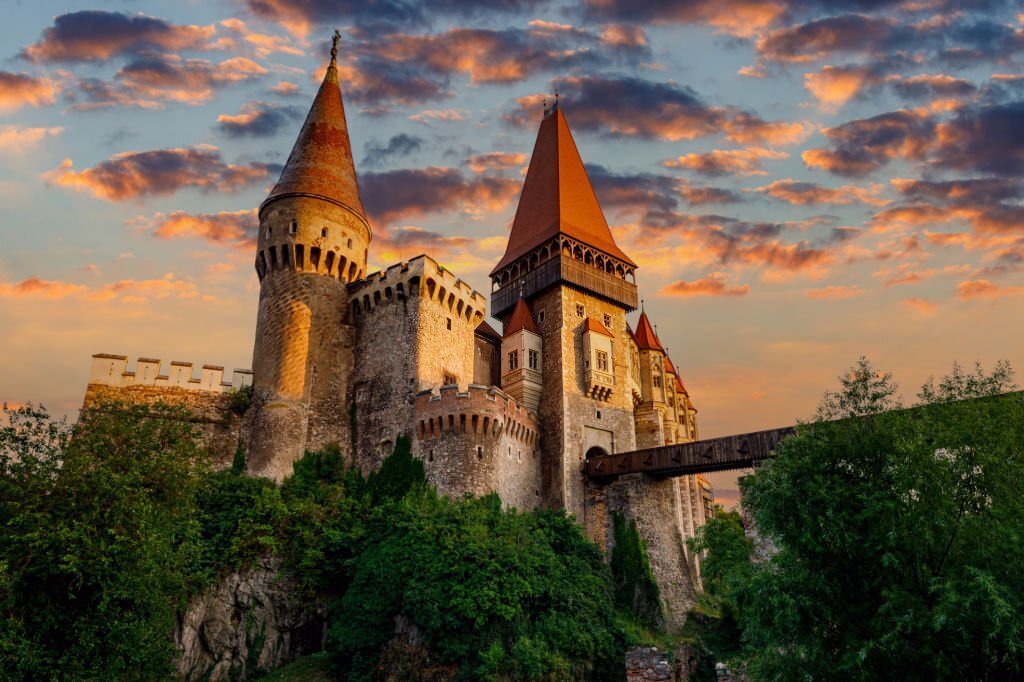 The world is sparkling with spectacular destinations that inspire history enthusiasts. Among thousands of spectacular sites nothing special like an evoking majestic castle. The soaring structures of majestic castles, beautiful and huge gardens, and the mysterious look of these castles bring us to a childhood story. So come join us this is our journey to visit the most enchanting castles in the world.

Castles are telling us the story of our rich history, and unimaginable architectural lessons and invoke our curiosity. Here are the 10 most enchanting castles in the world.

The beautiful Neuschwanstein castle embodies castle romanticism architectural fashion and was built in the 19th century on a spectacular hill in southwest Bavaria, Germany. The construction was begun in 1869 by king Ludwig II of Bavaria. This stunning castle was a fully private residence of the king Ludwig and opened to the public in 1886, after the death of the king. Since then over 1.3 million tourists visit these majestic castles annually and the total number of visitors exceeds 61 million from 1886 to now, making it one of the most visited destinations in Europe.

Bran castle is a medieval castle located 25 kilometers southwest of Brasov, Romania. It is also famous as Dracula’s castle. The castle was built in 1212 and destroyed by the Mongols in 1242. Then a stone castle was built and used in defense against the Ottoman Empire. During some of the periods, the castle belonged to Hungarian kings. In 1920 Hungary lost Transylvania and the ownership changed to the kingdom of Romania. Since then it was managed by the Queen Marie family, and the ownership was passed from generation to generation.

The amazing Eilean Donan is located in the western highland of Scotland. This stunning majestic castle is situated on a small tidal island and connected with the mainland via a footbridge. It was built in the 13th century and became a stronghold of the Clan Mackenzie. It was destroyed in 1719 and reconstructed in the 20th century by Lieutenant Colonel John Macrae-Gilstrap. This picturesque island recorded 0 populations in past years.

Eltz Castle is a hilltop castle, which is located in Germany. This medieval castle is still owned by the Eltz family. Scenic Eltz castle is surrounded by river Elzbach on its three sides, with an amazing Eltz forest. Eltz forest is full of priceless fauna and flora, so it was listed as one of the nature reserves in Germany. This magical place is divided into a few parts and they belonged to the different branches of the Eltz family. The castle is open to the public from April to November.

This medieval rock castle is located in the Salzach Valley in Austria, about 40 kilometers south of Salzburg. This scenic castle is a sister of the Hohensalzburg Fortress, both of them were built by Archbishops of Salzburg in the 11th century. Majestic Hohenwerfen is on a 155 meters high rock and surrounded by the scenic Berchtesgaden Alps and Tennen mountains. Now, the castle belongs to the Habsburg family in Austria. Hohenwerfen castle was used as a background for a few world-famous movies, video series, and music videos as well as for a video game.

Corvin Castle is a Gothic-Renaissance castle, located in Hunedoara, Romania. It is also called Hunedoara castle or Hunyadi castle. Corvin is one of Europe’s largest castles and is famous as one of the seven wonders of Romania. This majestic castle was built in 1446 by the voivode of Transylvania John Hunyadi. It featured a strategically enforced point and sumptuous home. Now the castle belongs to the ministry of culture of Romania and is open to the public from 9.00 am to 5.00 pm every day.

Windsor Castle is a royal residence located in Windsor, Berkshire in the United Kingdom. This amazing castle embodies a millennium of architectural history. The original castle was built by William the Conqueror in the 11th century. Windsor Castle is the longest-occupied palace in Europe and has been used by the reigning monarch. The ground area of the castle covers about 52,609 square meters. It is known as the favorite weekend home of Queen Elizabeth II.

Hohenzollern castle is a German castle located atop mount Hihenzollen, central Baden Wurttemberg. The Hohenzollern was used as the ancestral seat of the imperial House of Hohenzollern and was constructed in the early 11th century. The structure of the castle consists of four parts including the palatial building, Chapels, gardens, and military architecture. It was used as the background of the thriller-horror movie named the cure for wellness in 2015.

Spis castle is one of the largest castles in Central Europe, belonging to Slovakia. The total area of the castle is about 41,426 square meters. The huge Spis castle was listed as a UNESCO world heritage site in 1993. The original castle was owned by the kings of Hungary before 1464. The present-day castle was built in the twelfth century. This stunning historical monument is administered by the Slovakian National museum division.

This decorative castle is located in a small spa town called Gaspra, between Yalta and Alupka, and belongs to the Crimean peninsula. This stunning castle was built on top of a 40 meters high Aurora cliff in 1911. It was designed for the Baltic German businessman Baron Von Steingel by the famous Russian architect Leonid Sherwood, based on Neo-gothic style. Swallow’s Nest is a very attractive destination, located near the Black sea coast and considered the symbol of the southern coastline of Crimea. It was featured in numerous Soviet films as well.

If you are in love with these legendary structures and proud royal history, you must visit these majestic castles at least once in your life. So we hope you will select one or more for your next journey.

scenichunter - June 23, 2022 0
Marmots are herbivores ground squirrels in the genus Marmots. Over 15 species of these animals are living in Europe, Asia and North America. They...

10 Unbelievable Places in the World