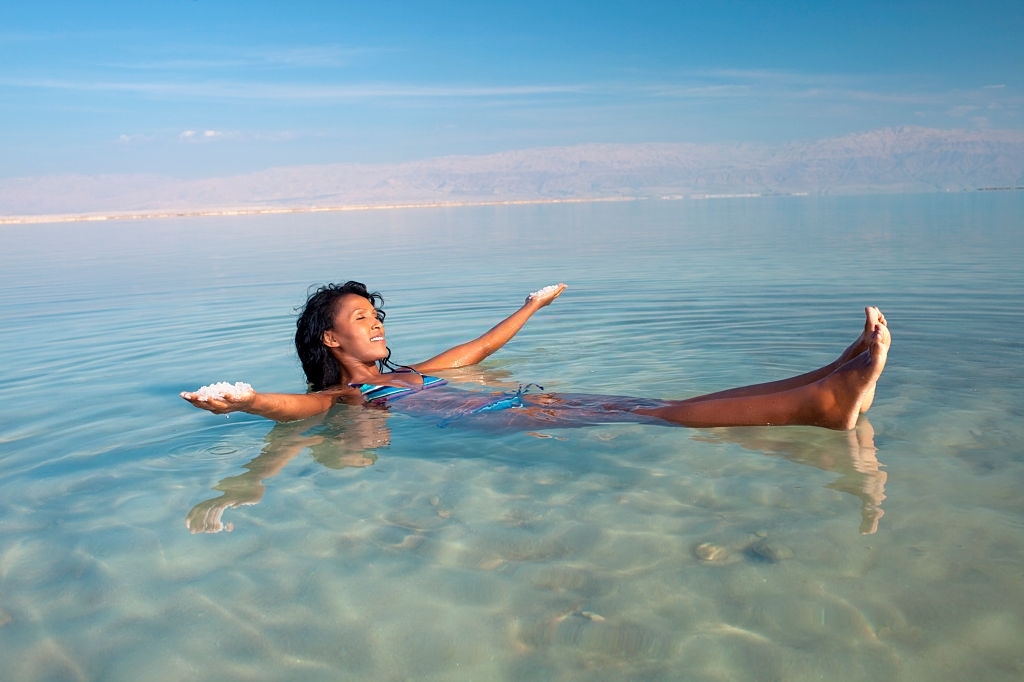 One might think that place is not very pleasant because of some of the names used to call it. But today thousands have used to visit this amazing place known as the Dead Sea or the Salt sea. Any live here? Is there any healing property in thin water? Why is the salt too much? Let’s find solutions.

The Lowest Point on Earth

The dead sea is located 1412ft (430.5 meters) below sea level and it makes the lowest land-based elevation on Earth.

It Is Not A Sea

The dead sea is a salt lake that lies in the Jordan rift valley, and its main tributary is the Jordan river. It bordered by Jordan to the east and Israel and the West Bank to the west. It is 304m deep. So considered the deepest hypersaline lake in the world.

Reason for the High Salt Concentration

Its salinity is 34.2% it is one of the world saltiest bodies of the water and it 9.6 time as salt as the ocean. Most people think of it is the saltiest water in the world but it’s wrong. Its main tributary is the Jordan River. Magnesium, sodium, and calcium chloride contain are so high here. The sea is located at the lowest point of the earth.  So the water doesn’t flow anywhere else. The water only decreases by steam. Scientists estimated that around seven million tons of water will steam per day during high-temperature days. This is why the water volume doesn’t go up and remain the same level. Even if the water stream, it remains salt and minerals.

Does It Float Anything?

Since a long time ago, people’s interest has been focused on this sea because of its unique characteristics. This high salt concentration leads to floating anything, even someone who can not swim can be floating on the ocean surface.

The Life in the Dead Sea

This salinity makes a harsh environment so plants and animals can not flourish. No life can exist in this environment but only one bacteria here can preserve in any situation. The fish that come to this sea from other places will have a sad ending. The condition of the dead sea is still different but the environment around is not similar to that. Even though trees don’t exist around here, you can see beautiful waterfalls and different trees from place to place. And also you can see various wild animals here. 24 species of mammals that live around, including sandy cat, Wolfs, Mountain goat, etc.

Does It Have Healing Properties?

It is stated that some people drank this water because of the medicinal purpose. But today don’t approve of it. However, this water is very skin-friendly. It’s located at the lowest point of the earth means the amount of oxygen in this area is so high than in other places. So it heals the mind and body. Also black mud and hot springs with high minerals, are considered a a good treatment for skin diseases and arthritis. Parts of the plant call Balsam that grows around the dead sea, still used for medicines and cosmetics.

Have You Heard of Bitumen?

Salt is not the only thing that comes out of the dead sea. Blocks of asphalt (bitumen) are found on the surface of the dead sea. Ancient Egyptians used that for their mummification process. For hundreds of years ago, this has been used for a variety of things including, coating boats, building tasks, and chasing away insects. A group of so-called Nabateans, who lived in this area took these asphalt and said them to Egypt.

scenichunter - May 27, 2021 0
In order to see birds, it is necessary to become a part of the silence – Robert Lynd Birds scenes and sounds always enforce a...