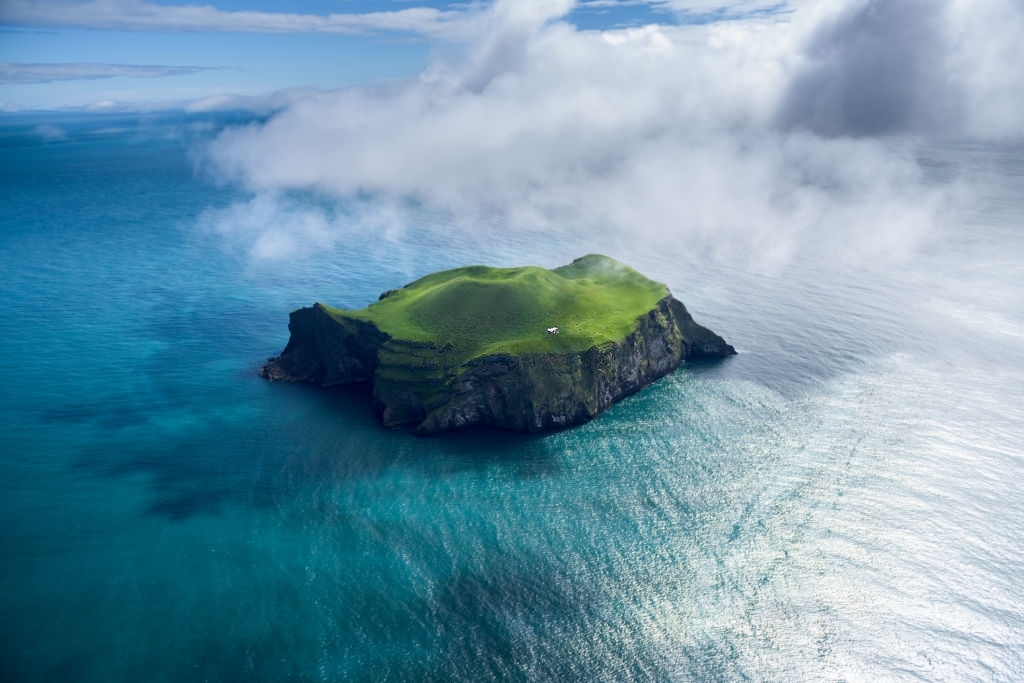 There are several small islands within the southern part of Iceland, located within the North Atlantic Ocean. Most of the islands are sparsely populated, but one among them stands out. that’s the tiny island of Ellidaey. It became famous due to one white house perched on the side of a gorgeous green hill on a small island.

The island is about 110 acres and, is also identified as the third largest island in the archipelago. Around 5 families have lived on the island about 300 years ago and, they were survived by fishing, hunting, and rising their cattle thanks to their environment. Historical evidence also states that during the 18th and 19th centuries this beautiful site was home to a handful of families.

But, in 1930 few remaining families move to the mainland to find a better life. Since then the island has been deserted, but still, hunters are using this island. This house was built by Ellidaey Hunters Association in the 19th century for their hunting purposes. There are no infrastructure facilities even electricity and water supply.

However, the Iceland government named this island as a nature reserve and protected area. Because it is the main nesting area for storm petrels and other sea birds. Icelandic tourism Companies offer day trips to experience this spectacular destination. So, if you love to visit this beautiful site, you have a great chance.

scenichunter - August 26, 2022 0
The Azores is an unspoiled and remote landscape that lies on the Atlantic Ocean roughly about 900 miles off the coast of Lisbon. The...

A Journey to the Pink Lake