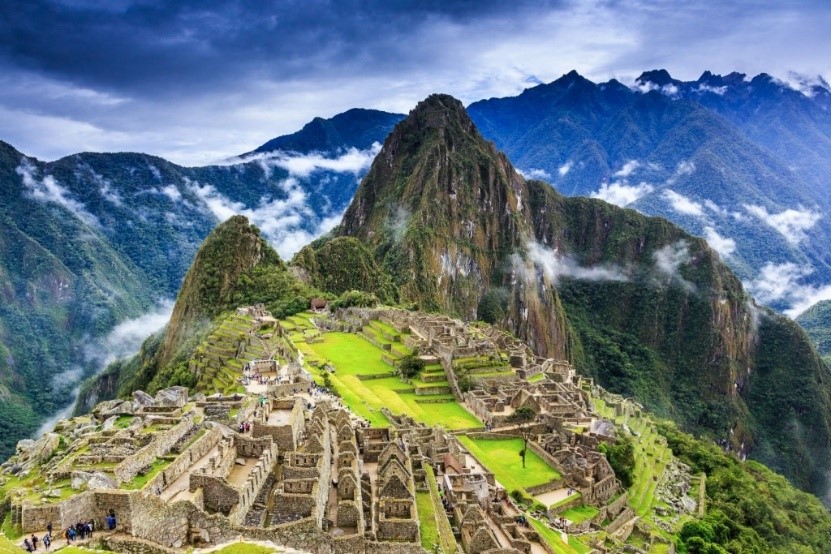 If you are looking to start your journey around the world, these are the most iconic travel destinations that all travelers have on their bucket list.

Eiffel Tower is one of the most famous landmarks in the world as well as it is the symbol of Paris. It is also known as Iron Lady. The height of this beautiful iconic masterpiece is 324 meters. This unbelievable iron structure was made with 12,000 metallic parts together with 2.5 million rivets.

Eiffel tower is considered the world’s most-visited paid monument. According to the references, more than 250 million people have visited the tower, since it was built in 1889. Generally, Paris has a mild and moderately was climate. You can see many more things in Paris with Eiffel Tower. So, include this beautiful destination at the top of your bucket list.

This beautiful amphitheater could hold an estimated 50,000 to 80,000 spectators in its history. It was substantially ruined because of stone-robbers and earthquakes. However, this beautiful building still an iconic symbol and was named as one of the new 7 wonders of the world.

This copper statue is a symbol of freedom in Liberty Island, New York City, which was gifted by the French to the United States. This 151 foot 1-inch height statue was dedicated on October 28, 1886. It was designed by French sculpture Frederic Auguste Bartholdi and the metal frame was built by Gustave Eiffel.

This is a figure of Libertas, the Roman goddess, and personification of Liberty. The United States is full of beautiful and historical places to visit, but over 3 to 5 million people visit this amazing statue annually.

Machu Picchu proudly stands in the middle of a tropical mountain forest, over 2430 meter above sea level. This beautiful destination is located on the eastern slope of the Andes encompasses the upper Amazon basin, which is an extraordinarily beautiful setting in the Eastern Cordillera of southern Peru.

It was the most amazing and unbelievable urban creation of the Inca empire (1438-1472). It was built using the classical architectural style of Inca. In 2007, Machu Picchu was identified as one of the seven wonders of the world. If you are planning to visit South America, Machu Picchu is the first and most attractive place.

Giza pyramid complex is also known as Giza Necropolis, located on the Giza plateau, on the outskirts of Cairo, Egypt. These amazing structures were built during the old kingdom of ancient Egypt, it also includes several cemeteries and workers village. Tourists were coming to see these magnificent, unique, and unbelievable structures, which were built over 4500 years ago.

The great pyramid and the pyramid of Khafre are the largest pyramids in Egyptian history. Great Pyramid was listed as one of the original seven wonders of the world. It is the oldest of the Ancient wisdom that still exists. This is a great milestone among people who love to visit historical places. Generally, more than 9 million tourists visit these amazing symmetrical structures annually.

The great wall is an ancient all in China, was built to protect the silk root and North of the empire of China from nomadic groups from the Eurasian steppe. It is about 21,196km long 9.1m wide and 15m high, so no doubt that is the longest structure, humans have ever built. It was conceived the first Emperor of China Qin Shi Huang in the third century B.C.

Petra is an archaeological city located in southern Jordan and this iconic location is in between the Red Sea and the Dead Sea. It was the rock-cut capital of the Nabatean kingdom in around 300 B.C. Petra is surrounded by a mountain riddled with Jabul-Al-Madbah can be identified as one of the richest and largest archaeological sites in the world.

Petra has an outstanding universal value and it reveals thousands of years of history. The remaining ruins are masterpieces of a lost city, those that have been fascinated millions of visitors around the world since the beginning of the 19th century.

Stonehenge is a pre-historical monument, that located on Salisbury plain west of Amesbury, in England. Stonehenge is a unique stone circle, was erected in the late Neolithic era from 3000 BC to 2000 BC. It was built in several stages. The first stage was an early-henge monument that was built over 5000 years ago.

Because of the prehistorical values, Stonehenge becomes the heart of the world heritage sites. It consists of Sarsen standing stones and connecting horizontal lintel stones, each around 13 feet high, 7 feet wide and it’s a weight of around 25 tones. This world-class prehistorical monument exhibits European technology, culture, and traditions to the world. As a traveler, you have to feel this unforgettable atmosphere. So, include this beautiful site on your bucket list.

Borobudur is a famous prehistorical Buddhist temple dating from the 8th and 9th centuries during the reign of the Syailendra Dynasty, located in Central Java, Indonesia. It is a Mahayana temple and considered as world’s largest Buddhist temple. This amazing temple consists of nine stacked platforms, six squares, and three circulars.

It was topped by a central dome. This beautiful creation was decorated with 2672 relief panels and 504 Buddha statues. The design of Borobudur is a mix of Javanese Buddhist architecture, Indonesian indigenous culture, and Buddhist concepts. This unbelievable site is considered as one of the great archaeological sites of Southeast Asia. Gunadharma is claimed as the architect of Borobudur. Borobudur is considered the most visited tourist destination in Indonesia.

The Taj Mahal is also known as the “crown of the Palace” is located in the Indian city of Agra. It was built by mural Emperor Shah Jahan in 1632 to his favorite wife, Mumtaz Mahal. The tomb is covered by 17 hectares including, a mosque, gardens, and guest house. In 1983, this beautiful palace was listed as a UNESCO World Heritage site.

Its cost is estimated as 32 million rupees in 1653, which is approximately 70 billion rupees in 2020, which equals $ 956 million. Taj Mahal is the symbol of India’s history and it is the best example of Mughal architecture. Normally Taj Mahal attracts over 7-8 million visitors annually. October, November, and February are the most ideal months to visit this amazing place.

scenichunter - August 30, 2022 0
Torres Del Paine National Park is located in the Patagonia region in Chile. The Park is one of the most impressive sites in the...

Discover the Vibrant Beauty of Endless Tulip Fields in Holland