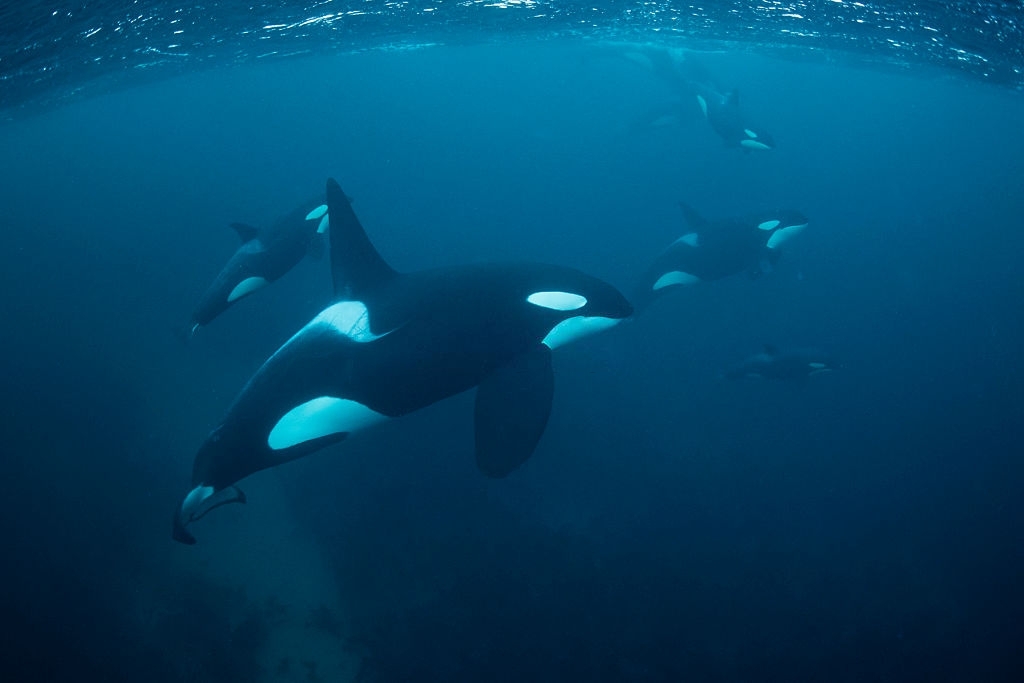 The “killer whale or Orcinus Orca” is the largest member of the oceanic dolphin family and one of the most powerful predators in the world. The Killer whale is a toothed whale and it can be easily recognizable because of its black and white patterned body. The normal life span in the wild is about 50 to 80 years. The weight and size of a normal orca are about 06 tons and 23 – 32 feet and it is relative to a bus. Killer whales and other sophisticated species can be found in all oceans and most of the seas with a variety of marine environments. Orcas often can be seen in frequent cold and coastal water areas from polar regions to the equator.

Do Killer Whales Communicate with each other?

Yes, orcas are considered very smart & social ocean creatures because of their communication skills. They make distinctive noises and communicative sounds which other members can recognize easily at a considerable distance. Echolocation is the method that they use to communicate and hunt. To identify an object, they make sounds that travel underwater until they encounter the object. Then bounce back and identify size, shape, and location.

Diet and the Hunting pattern of Orcas

Orcas have very diverse diets and are at the top of the food chain. They hunt penguins, fish, and marine mammals like seals, sea lions, and even whales, using their teeth which maybe four inches long. They also eat squid and seabirds.

Killer Whales hunt as family groups. These groups are called “Pods”. These pods are mainly categorized into two main groups as “Resident pods & Transient pods.” These different pods consist of up to 40 individuals and they use different techniques to catch fish and sea mammals. Especially, transient groups target marine mammals while resident groups prefer fish. All these groups use more effective and cooperative hunting methods and techniques and they are more liken the hunting styles of wolves.

Usually, Orcas live in tight-knit family groups. They always give priority to their families and protect their young. Often young adolescent females assist their mother in caring for them. After a seventeen months pregnancy, mother orcas give birth to one baby at a time and nurse up to two years. Usually, orca mothers give births every three to ten years. In many cases, the bond between the young orca and mother will become weaken eventually and the juvenile will find its own way. But in some groups, young orcas may stay with the family for their entire life.

Due to the higher intelligence level and being a very social mammal, Orcas have long been a part of the marine national parks by performing shows to audiences. Orcas have naturally evolved to dive deep 100 – 150 feet and swim up to 40 kilometers a day for finding food and exercising. They live in family groups and share their sophisticated and unique culture with each other.

But, orcas in captivity, are not comfortable with artificial social groups and break relationships easily. Though, artificial environment and repetitive actions contribute to get them bored and stress which lead to stereotypes.

The Rare Beauty Of The Sea Caught By An Australian Photographer.

scenichunter - September 24, 2021 0
Shawn Scott, an Australian photographer, captured something truly amazing. In a clean wave, he crystallized two sharks. That isn't everything. He has a couple...

A Beautiful Journey To Republic of France | 09 Best Places...