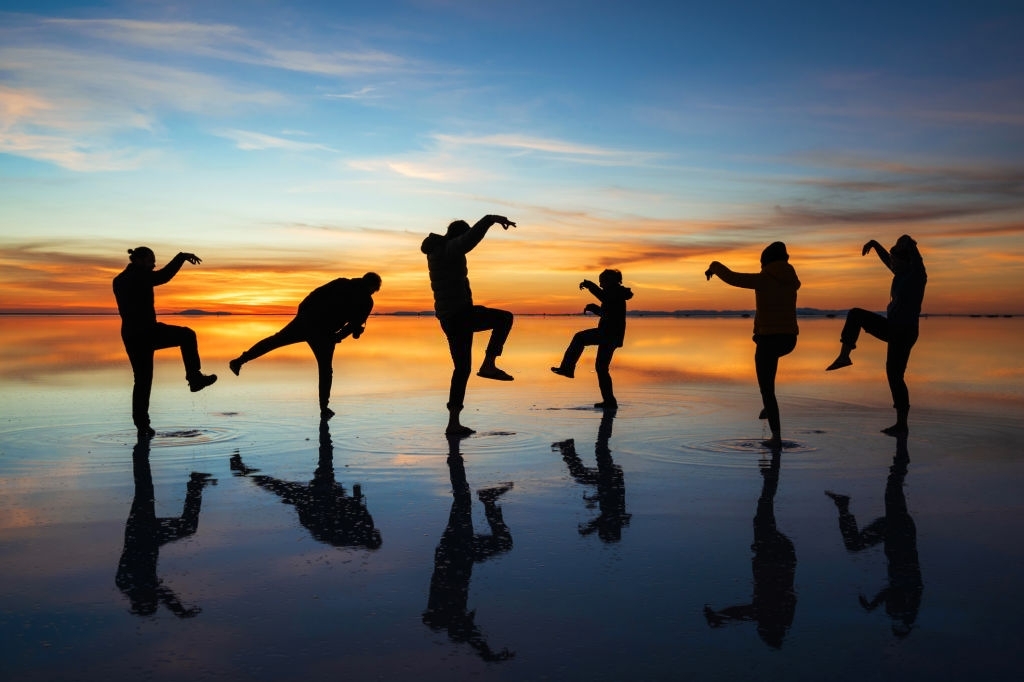 “Salar De Uyuni” is over 1000 square kilometers of the largest salt flat, which is known as the world’s largest salt flat. It is located near the crest of the Andes in Daniel Campos Province in southwest Bolivia, South America. Salar De Uyuni is part of the Altiplano, which is a high plateau formed during the uplift of the Andes mountain. The geological history of salary de Uyuni is associated with the sequential transformation between giant pre-historical lakes some over 30000, to 42000 years ago. The largest pre-historical lake was Minchin. The center of Salar De Uyuni has a few islands, which are the remaining parts of the tops of ancient volcanoes submerged during the Lake Minchin era. These islands consist of some unusual coral-like structures, fossils, and algae.

It is covered by a few meters of salt crust and saturated with brine underlies the surface. This saturated solution consists of sodium chloride, lithium chloride, and magnesium chloride. This crust of salt extends to the horizon and is covered by quilted polygonal patterns of salt rising from the ground. When it rain, a thin layer of dead calm water transforms the flat into an over 129-kilometer large mirror of the world. It makes a stunning reflection of the sky. Salar is considered one of the most extreme and remarkable vistas and its harsh beauty and desolateness make it an incredible experience and a logistical nightmare.

This area has a stable average temperature and its peak at 21°c from November to January and a low of 13°c in June. But the nights are very cold throughout the year and the temperature recorded is between 9°c to 5°c.

There is much more to explore other than salt flat including strange rock formations, rare breeding of pink Flamingos, volcanos, and Lagunas with stunning color palettes. It is a bizarre, unbelievable location with bright blue skies high winds, and chilly temperatures.

scenichunter - September 6, 2021 0
Today many people are realizing that power, wealth, attractiveness, freedom, or any other things are useless without happiness. Therefore, instead of the traditional things,...