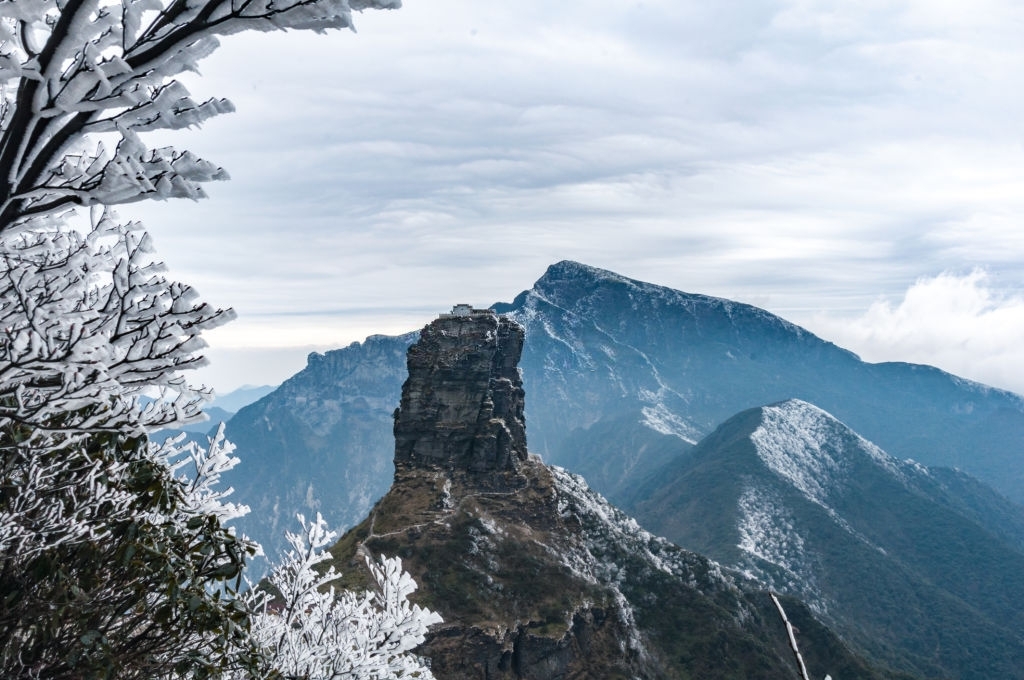 Fanjingshan also called Mount Fanjing is located in Tongren, Gaizhou province, southwestern China. Mount Fanjing recovered its height as 2570m (8200ft), and also it was established as The Fanjingshan National Nature Reserve in 1978. In 1986, it was designated as a UNESCO biosphere reserve and became a UNESCO World Heritage Site in 2018. It is a Buddhist temple and considered to be the bodhimanda of Maitreya Buddha. Its peak is known as Red Cloud Golden peak and there are two temples, a narrow rocky bridge used to connect them.

It is not easy to reach Fanjing, and about 12 miles from Tongren city and take about 90 minutes to reach. Actually, there are no proper accommodation facilities. However, it is a relatively isolated location that has ensured a high degree of biodiversity. Including rare Gizhou golden monkey, Chinese giant salamander, forest musk deer, and Reeves pheasant. There are over 2000 plants and trees in this area, many of them are endemic to this place.

However, the loneliness may be a blessing to the modern tourist. Fanjing mountain is a popular destination for tourist. There are 8888 steps and hiking is difficult. So, if you can reach there, the views are spectacular. Mount Fanjing is a beautiful, quiet and unique site, where busy people can found an inspirational and spiritual change.

scenichunter - June 25, 2022 0
Europe is home to some of the most scenic, iconic, impressive, and influential cities on Earth, which lie between the massive Asian landmass, the...

Hike To The Rainbow Mountain

A Journey to the Coldest Village on Earth